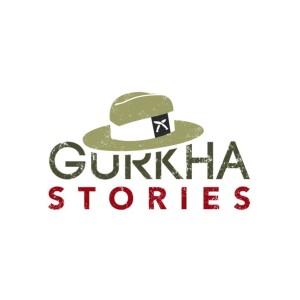 Back in November 2013 I interviewed a retired British Army Captain, Umeshkumar Pun MVO, from the 1/2 King Edward Gurkha Rifles for an oral history project about the Colchester Garrison community.  As we were packing up the equipment at the end, Umesh mentioned that he had a lot more stories to tell and that one day he’d like to write a book.  Then he added that unfortunately he wasn’t a writer.  I thought, ‘Well, I’m not a writer either, but I am an oral historian with a tape recorder.’  I felt sure we could manage something between us.  So I suggested to Umesh why don’t we work together on a project and record, not only his story, but those of the elder generation of Gurkhas recently retired in Colchester at Abbeygate House who must have similar stories to tell like Umesh.  We could produce a book from their selected stories.

As the idea formed, we thought it might be good idea to invite a group of young people to make a short film with the Gurkhas, learn about film making as part of the fun and produce their own interview film.  With our ideas still rolling in we also thought it a good opportunity to introduce the elder generation to the youngest generation in the local primary schools and hold some cultural workshops.  This could culminate in an educational resource pack for the young students.  And finally, when the project comes to its conclusion, why don’t we hold a local exhibition to display what we’ve done?

Nine months later in August 2014 our project has been given the go ahead by our funders, the Army Community Covenant Fund, and we are at the very beginning.  Hopefully by this time next year we will have achieved all of the above!

So this is month one… take a deep breath and here goes and wish us luck as we set off on Gurkha Stories’ exciting journey.